The Roman Empire spread great advances throughout the world including plumbing, roads, the calendar, and many delicious foods. The Roman Banquet was a grand production that took hours to fully enjoy and included entertainment and games.  Without New World foods such as tomatoes, pasta, zucchini and kidney beans, what did the Romans eat?  Today, students brought their lounging pillows, some wore togas, and they reclined while they learned a very tasty history lesson at our Roman Banquet! 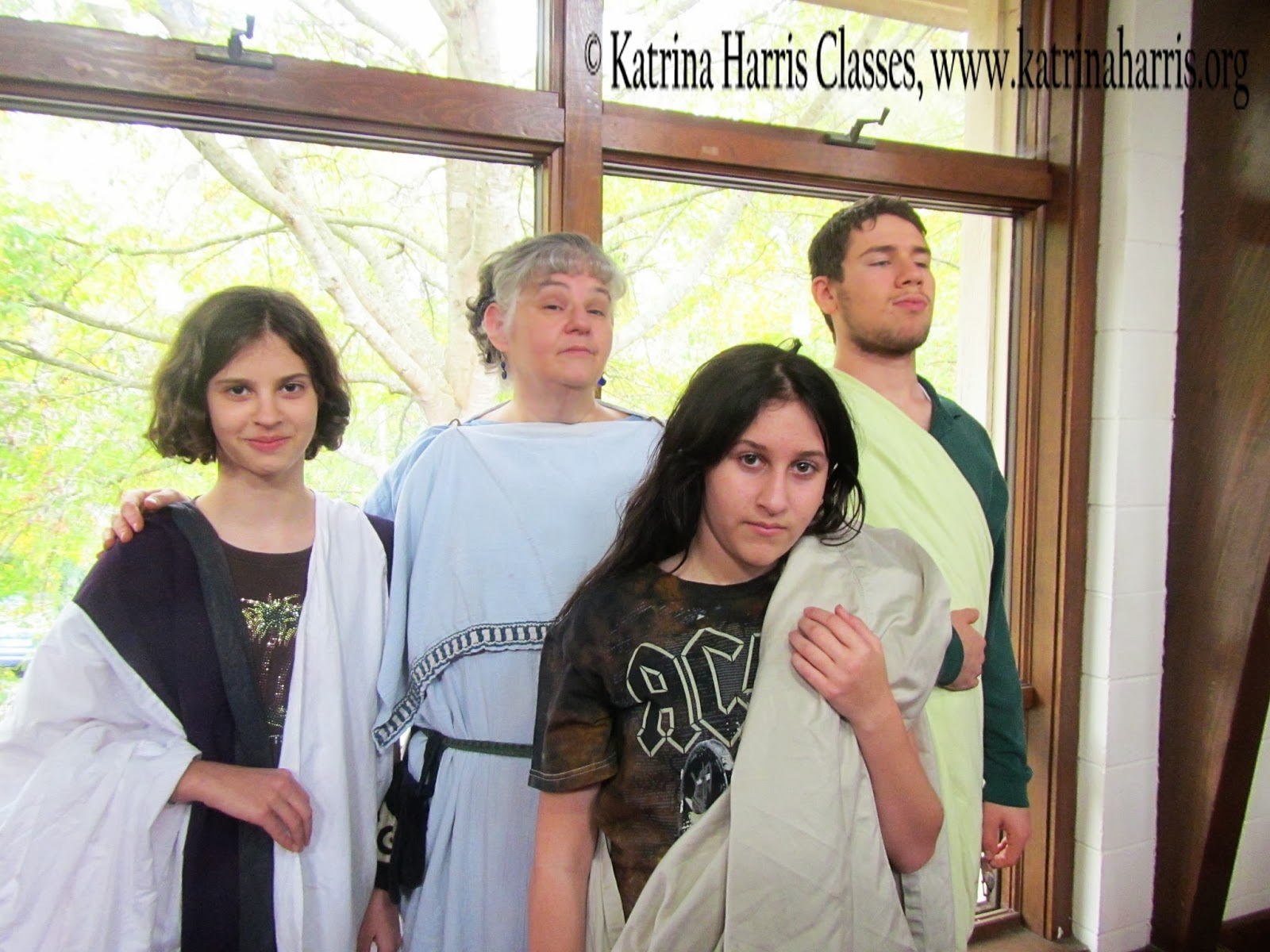 The students learned to use their pillows right away as the Romans ate while laying down. 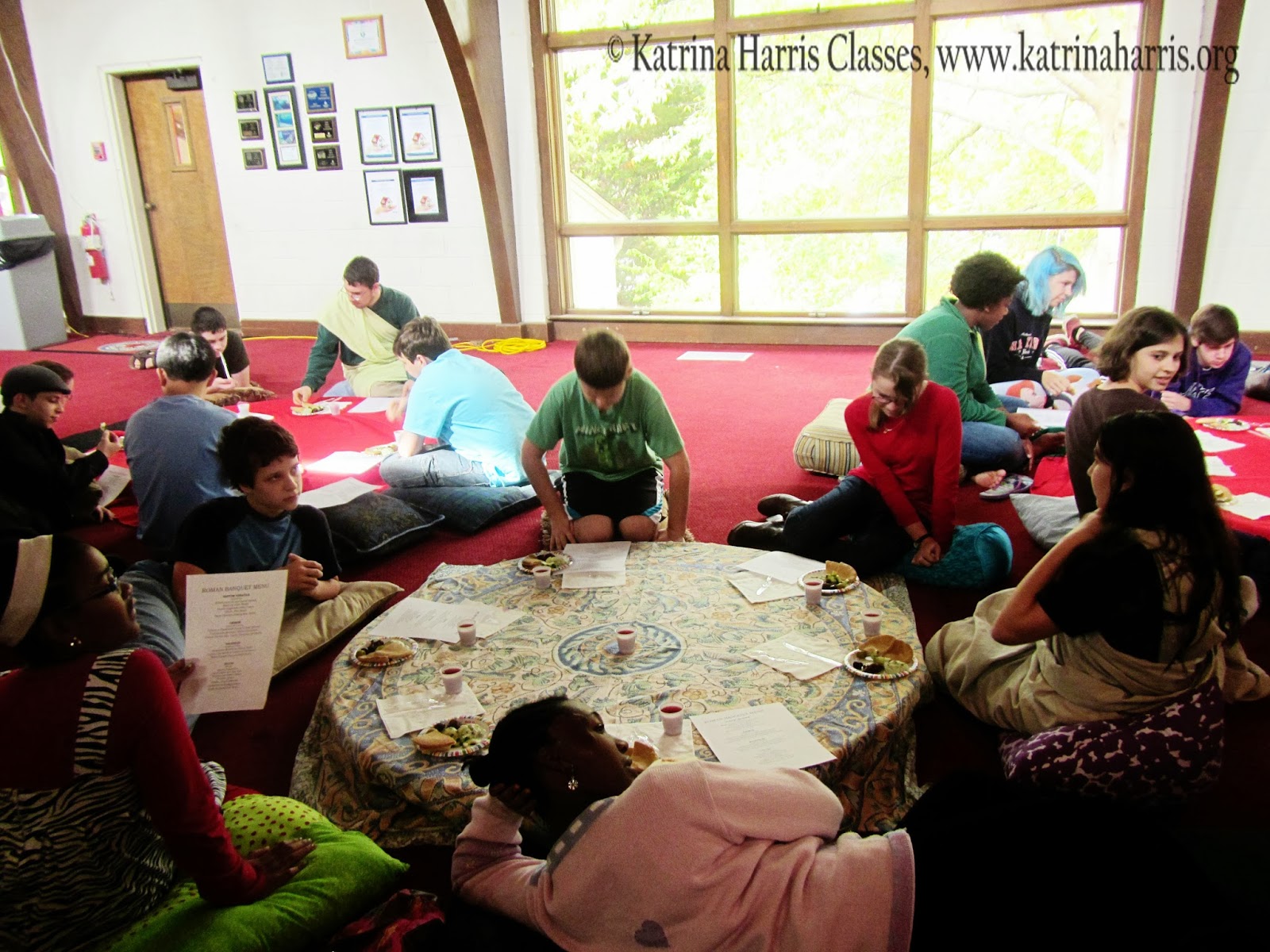 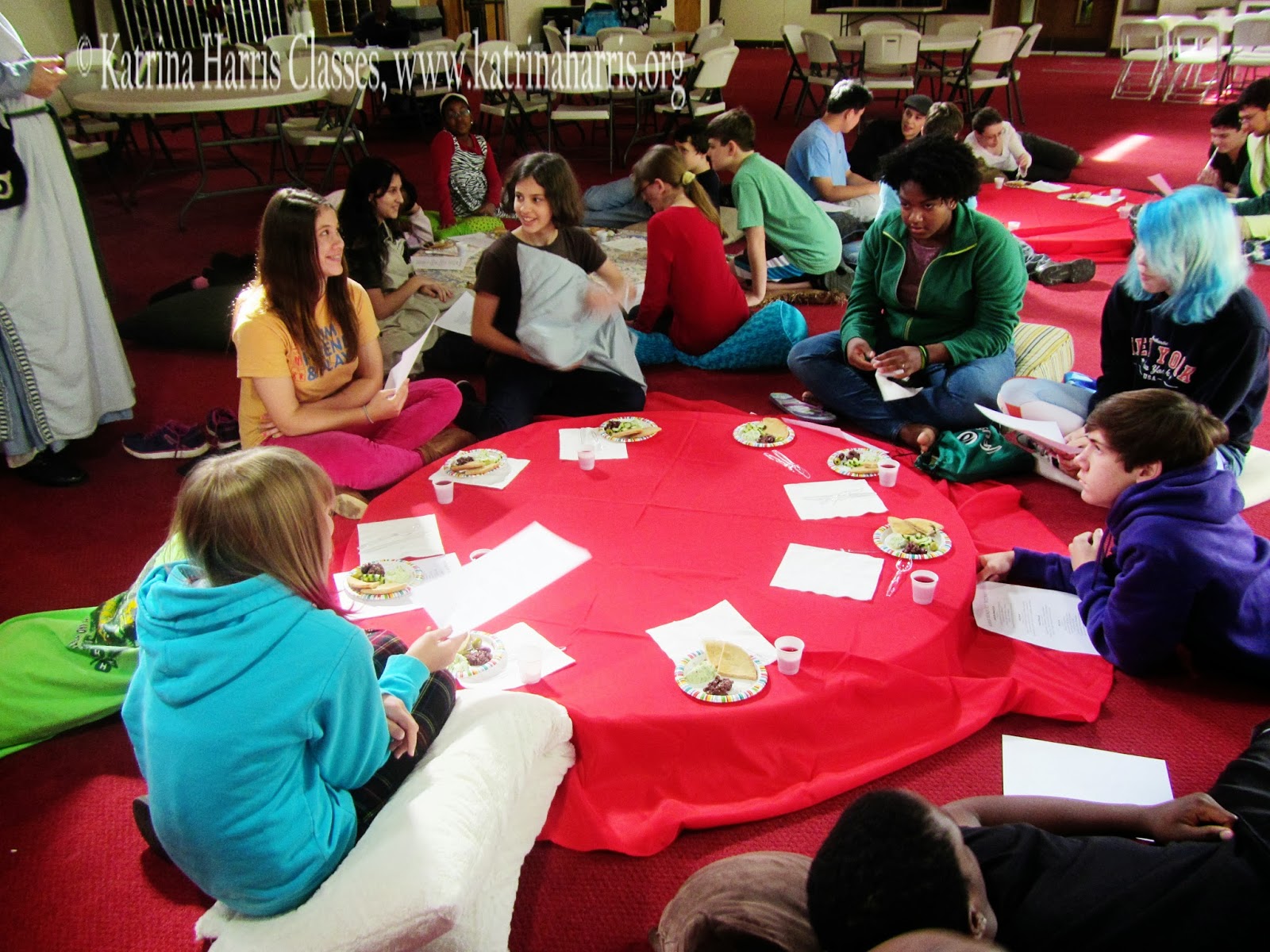 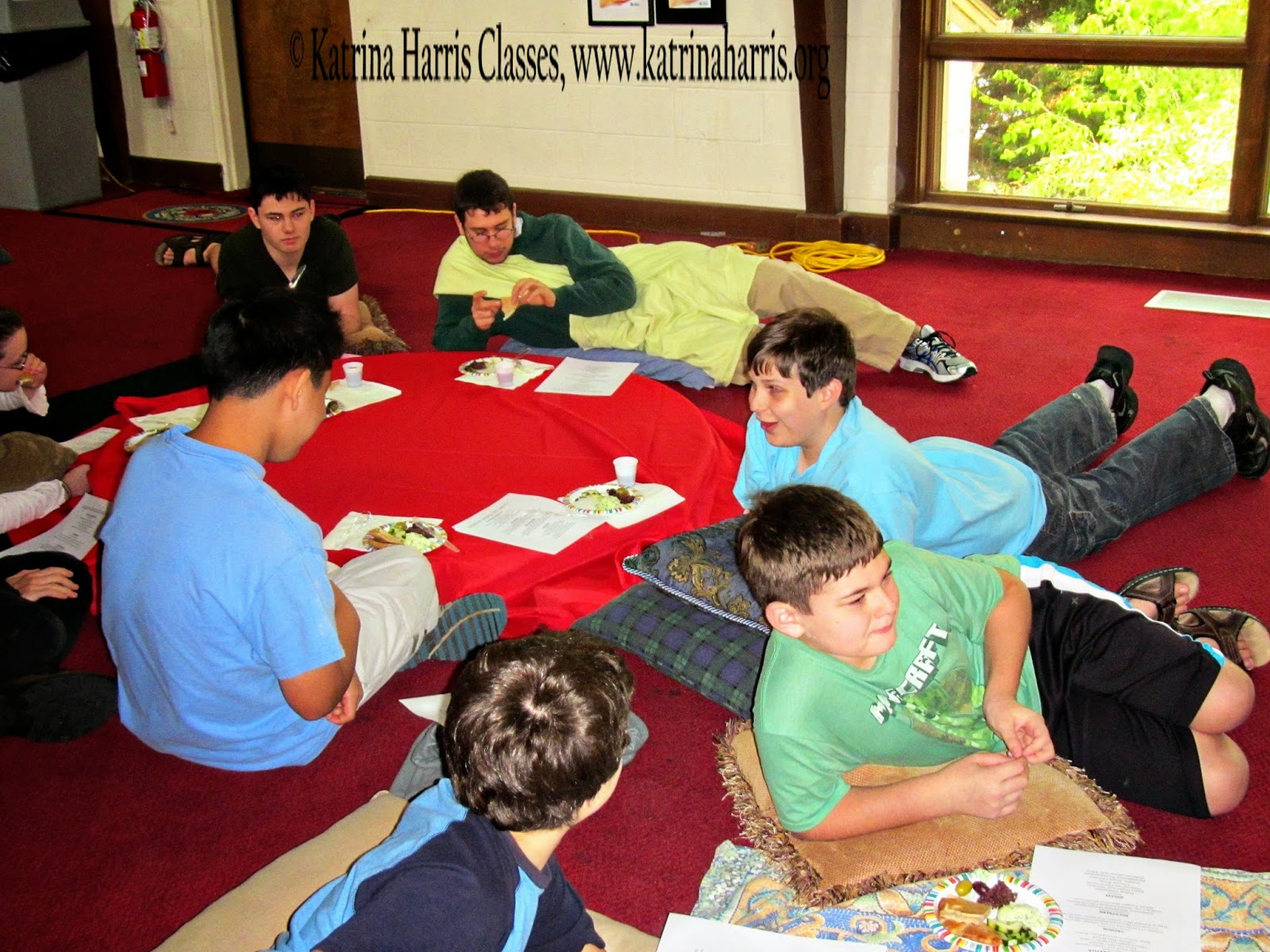 We had several students that had some fantastic reclining skills! 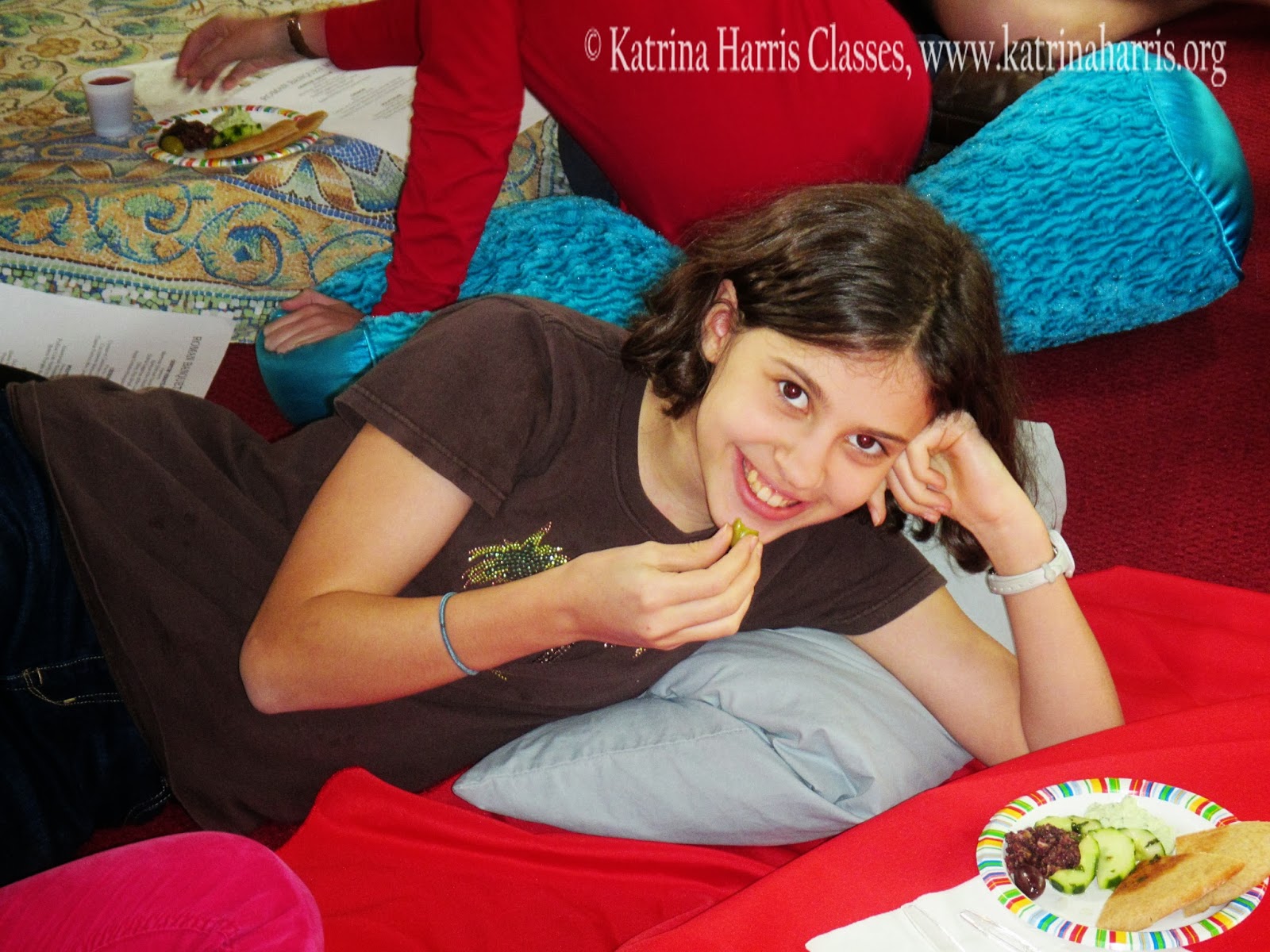 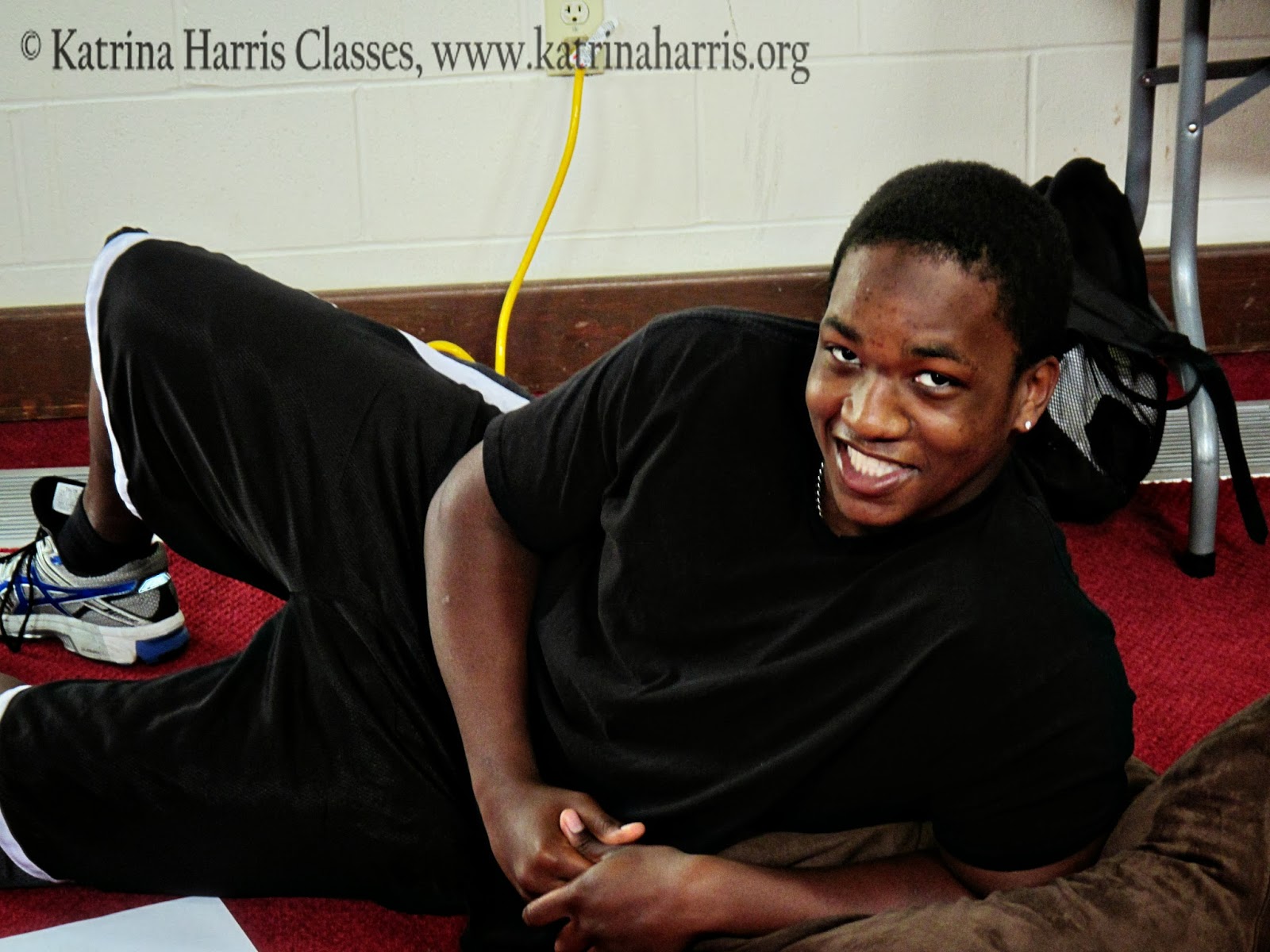 In ancient times, a Roman patrician (or nobleman) would never have attended a banquet without bringing a body slave (personal attendant).  The students got to take turns being the slave - or really just taking turns serving their fellow table mates! 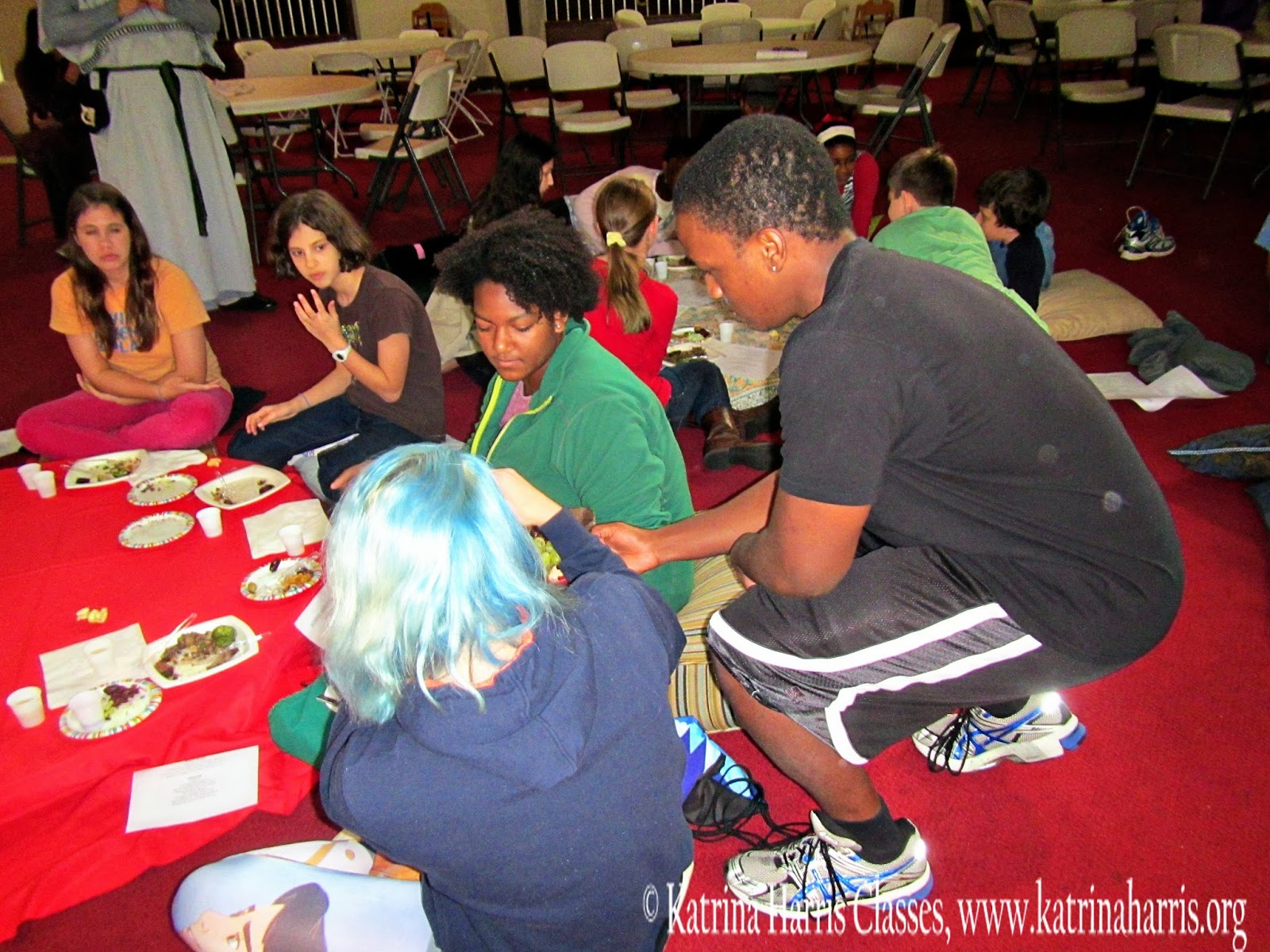 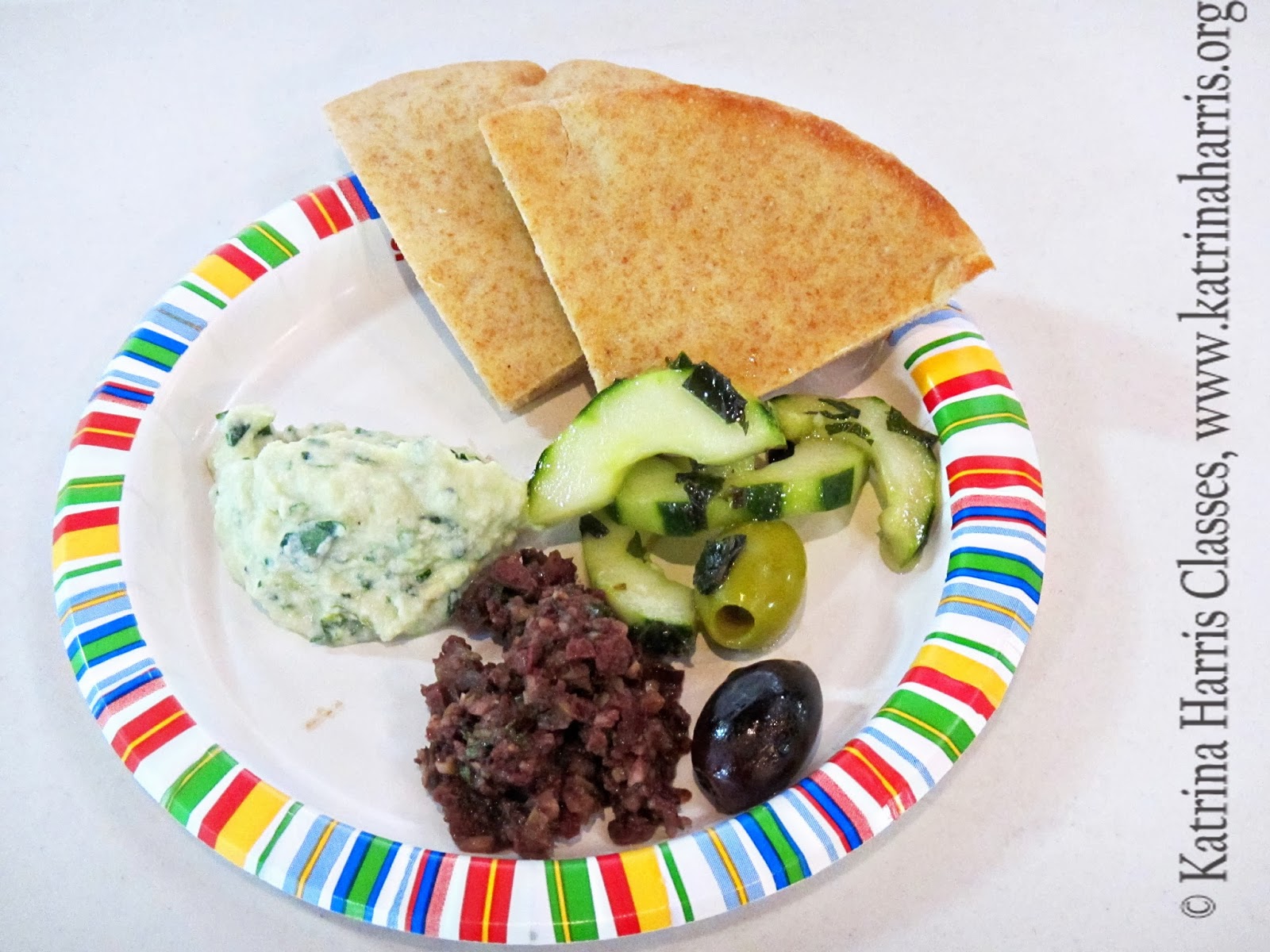 Then between courses we had entertainment.  Latin students read poems in Latin while the other students read the English translation.  The students also got to play with knuckle bones.   These are real bones - from a sheep - and the game is to toss them in the air and have them land on the back of the hand. 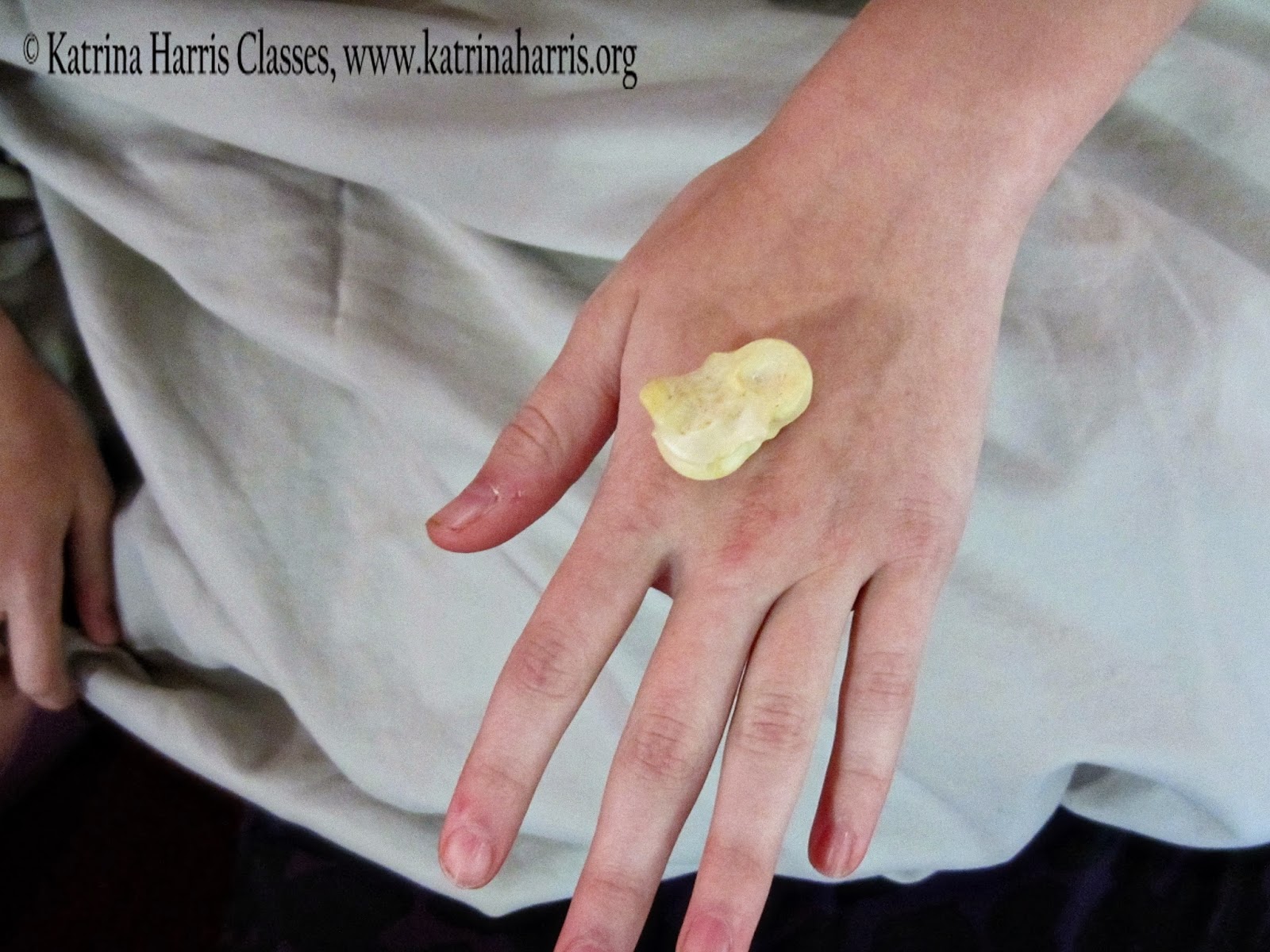 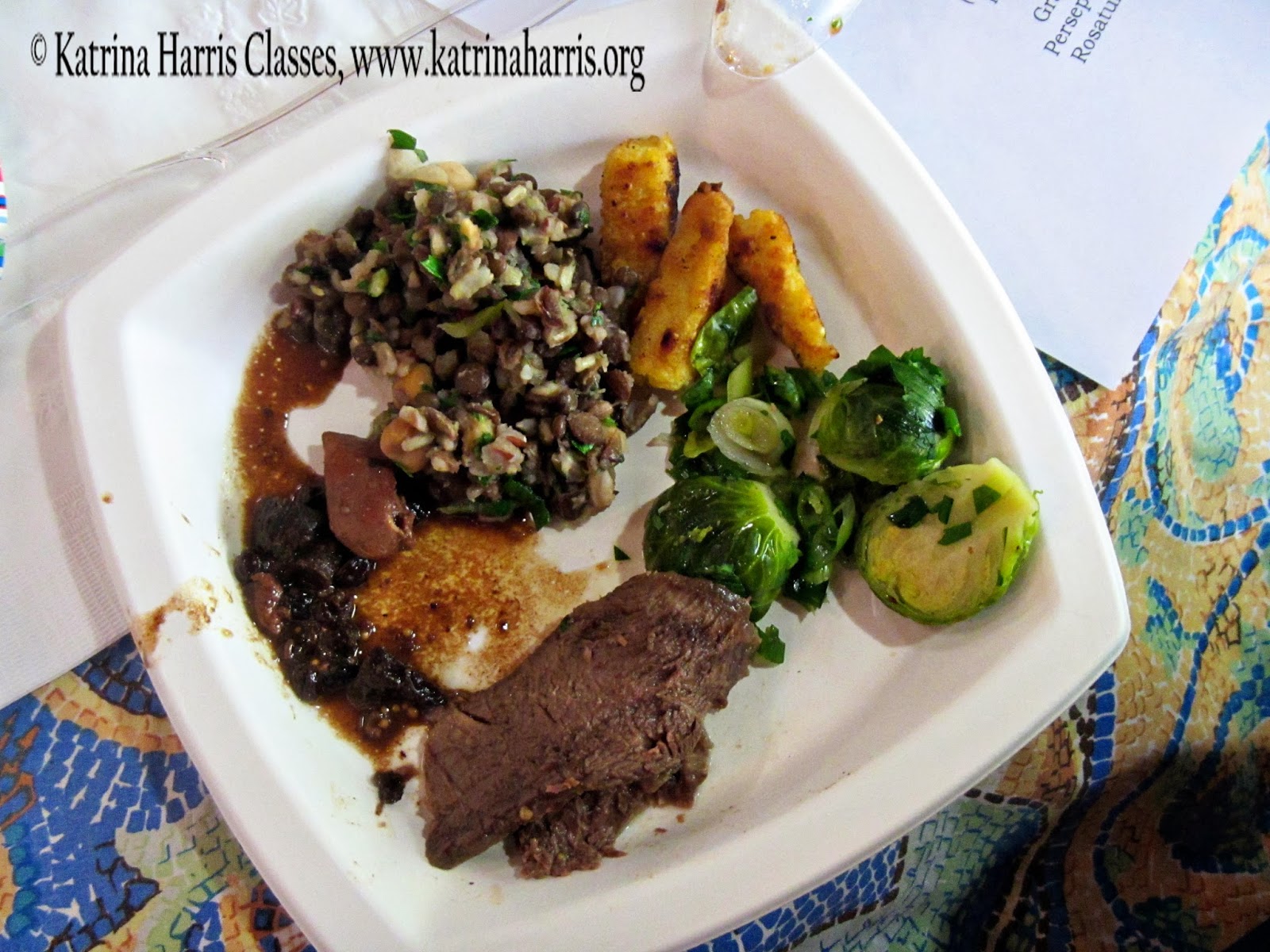 Chef Christy also talked with the students about typical foods in Roman times - and about how the poor often ate much garlic - so naturally, the wealthy weren't too fond of it.  She also discussed all the uses of olive oil - from cooking - to lamps - to even how the Romans would bathe with it.  We also learned about Roman style clothing - and the "safety pins" they would have used to hold the cloth together. 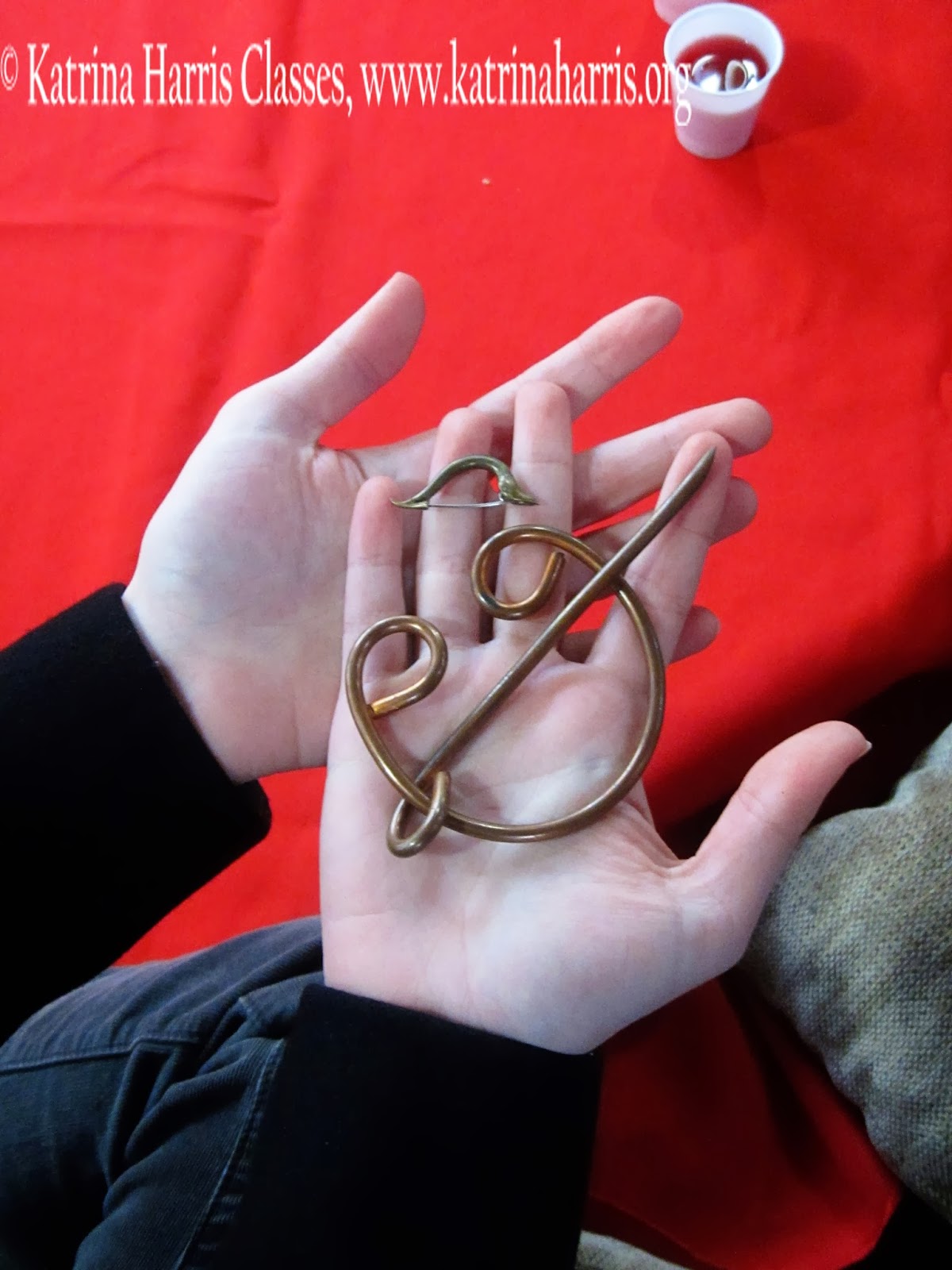 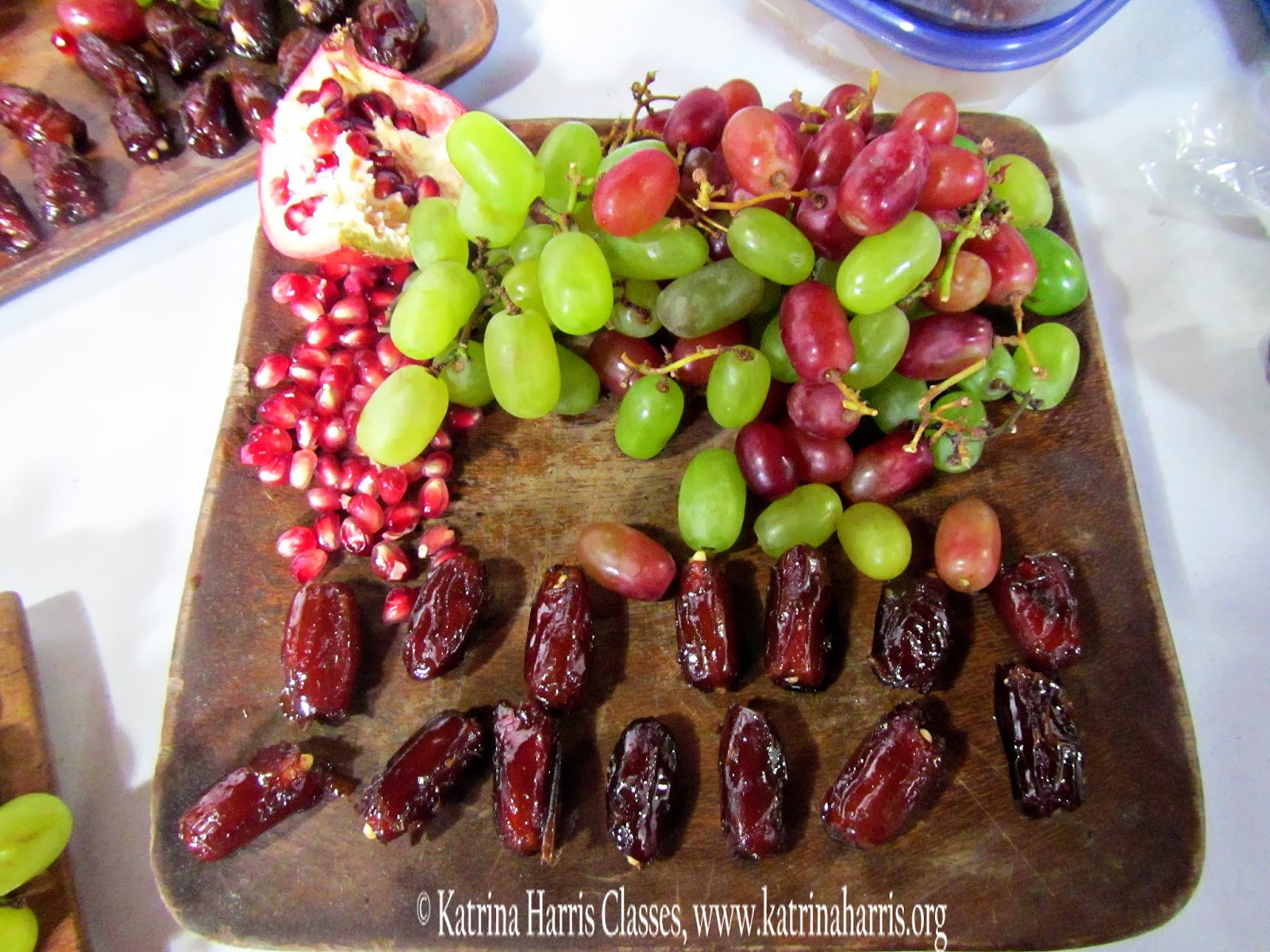 After our final course, the students cleaned up - and then played some more games. 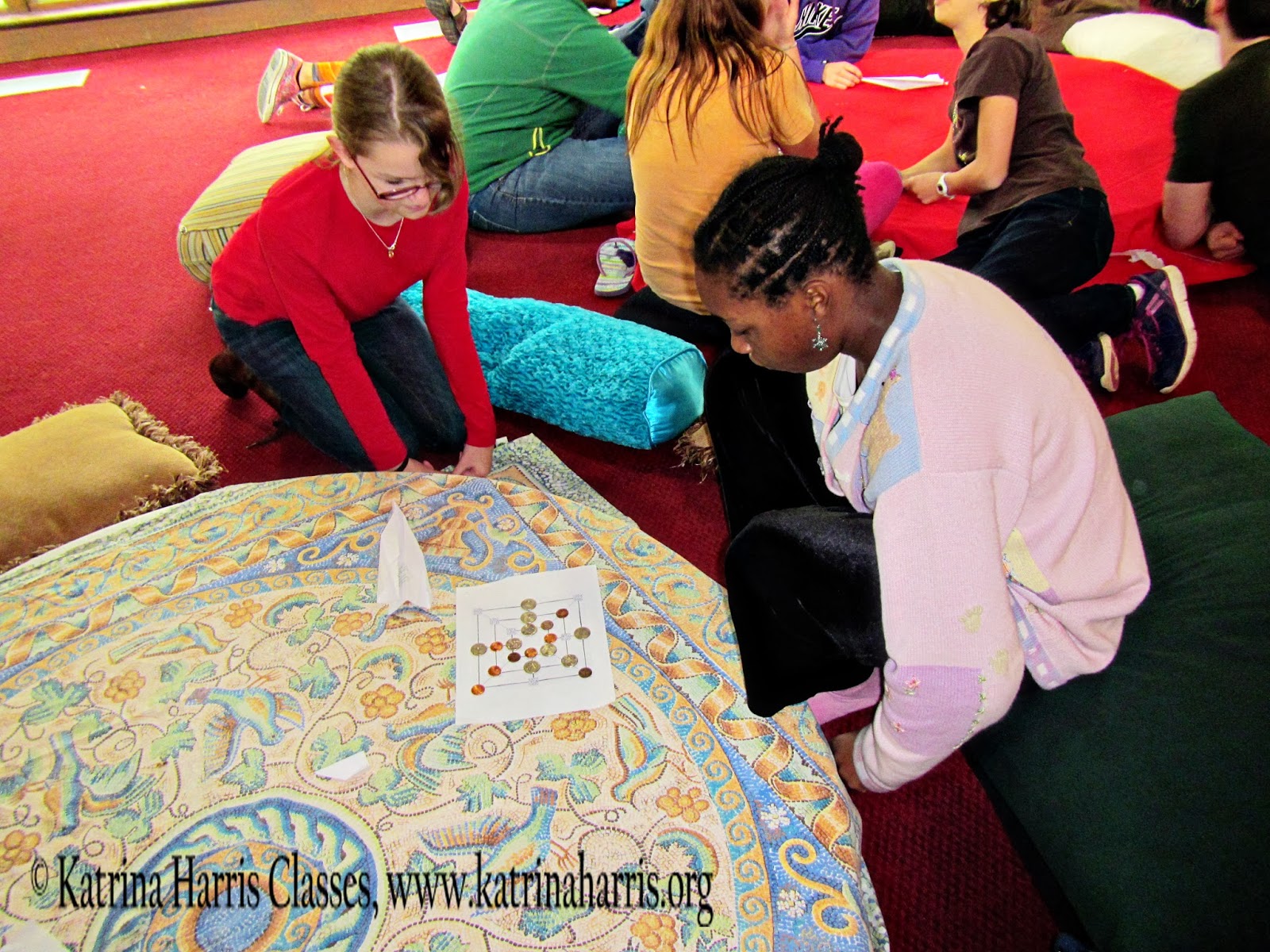 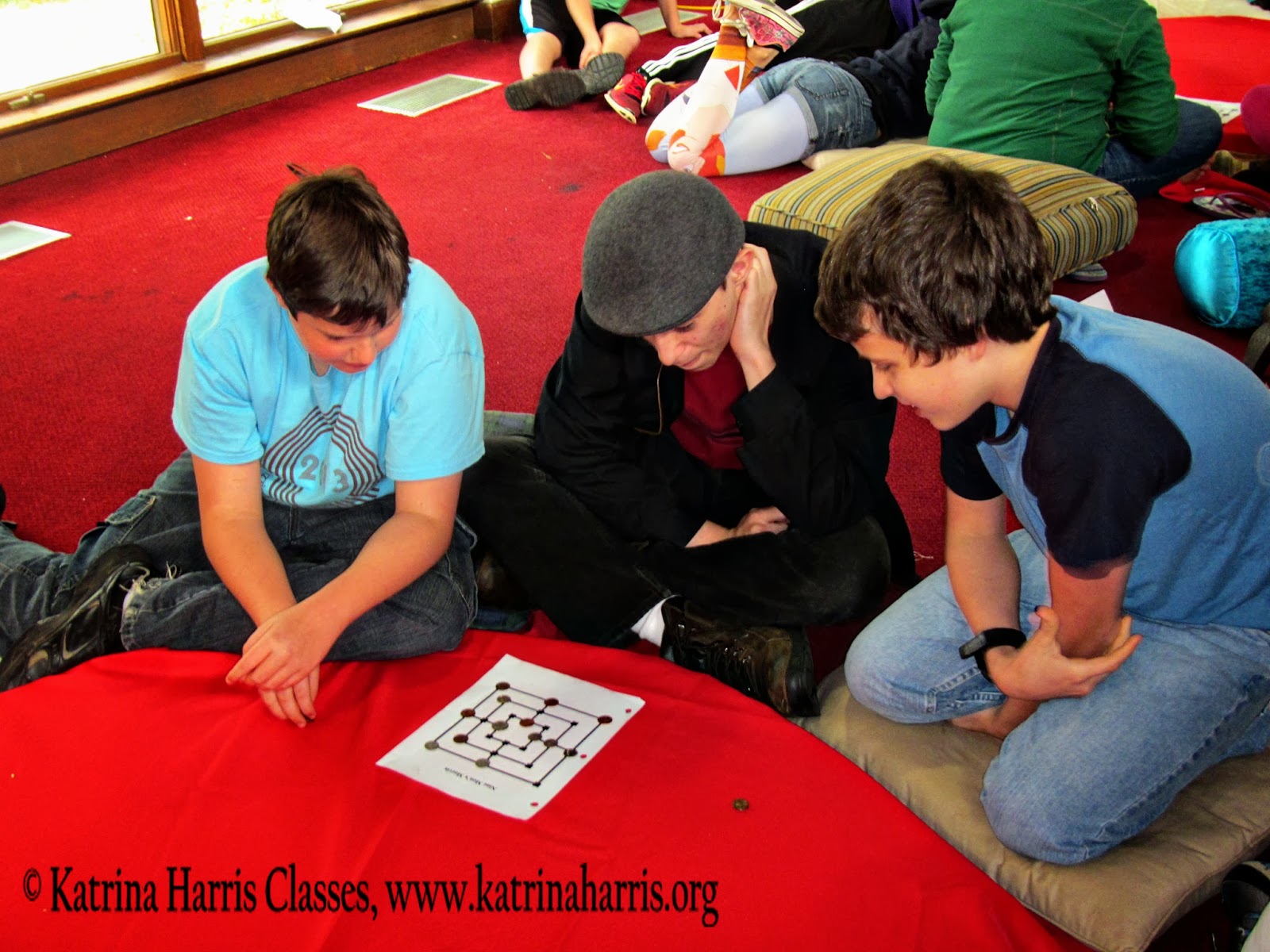 In all - a fantastic time!  Thanks so much for coming out on a Saturday - and I hope you'll join us again in the Spring when Chef Christy comes back to do a Viking Feast!

Posted by Keys to the Magic Travel at 4:06 PM